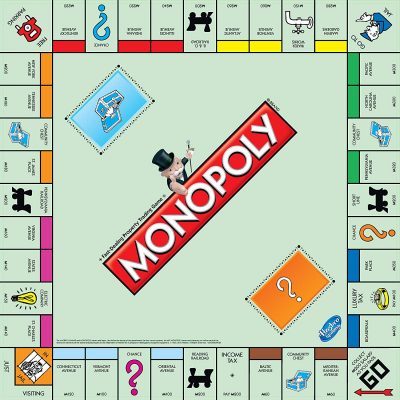 As we navigate our way around the sales landscape board, the success of our game is heavily influenced by the ‘chance cards’ we draw.  Let me explain.

I overheard a conversation between a sales manager and a field sales executive recently.  The field sales person was saying that they felt uncomfortable asking the customer for the concessions required as part of the rate negotiation.  He felt it was a lot to ask and he was worried that the customer would react badly.  The sales manager, to his credit, was asking the field sales person why he felt this way.  He asked him what was the worst thing that could happen.  His team member laughed and acknowledged that the worst result would be the customer saying no.  Not great, but really not so bad in the great scheme of things.  Long story short, I heard a few days later that the customer agreed to the concessions and the new rate was confirmed on the terms set by the sales person.

He took a chance and he succeeded.

For me, this is an interesting example of an otherwise competent sales person very nearly screwing up just because he had the wrong mindset. He truly believed that the customer would reject the deal.  In his head the concessions were a lot to ask and he projected his own thoughts onto that of his customer.  A near miss, only rescued because he sought the guidance and advice of his senior colleague.  So, two things –

1. Who is regularly coaching and mentoring your team? Are they up to the job and can they provide the right direction in times of crisis? In my experience most team leaders are promoted to their role based on longevity and years of experience in the previous role.  Rarely have they led and coached a team before and even more rarely are they naturally equipped to do the job.  Team leaders are made not born.

2. Mindset. How resilient is your team?  How do they manage their fears, worries and emotions?  Having the confidence to do something (or in this case, ask for something) and then being able to deal with possible rejection and failure is an everyday part of the sales role.  Their comfort zone will be determined by the frequency with which they take chances, how often they push themselves just a little bit further and their attitude to risk.

With your team consisting of mostly Millennials (people born between 1980 and up until 2000) who are reportedly more risk averse than the Generation X and Baby Boomers that went before them, this presents a problem.  Recognising and actively dealing with the challenge of mindset is an approach that will serve you well.  The truth is that the key differing factor between high performing sales people and their average performing colleagues is their mindset – rarely their skills. They take more chances, they don’t contemplate the risk of failure and they often act in spite of fear.

Go on take a chance!

But what if they only want to buy on price…

Is it any good?

Don't just take our word for it, take a look at what some of our clients have to say about us.
Play Video

We love to help sales professionals differentiate their approach and transform results. If you want to find out how we can help your team, then get in touch today.